There is only one era for Telugu cinema as for as the Telugu Cinema is concerned. That is called Akkineni era. He gave new dimensions to the dances with his variety steps and at one time, people used throng to theaters to see his magical steps in his musical blockbusters. Before becoming a Tollywood star he was a stage artist, He used to participate and perform several roles including female roles. Even though he is not 6 feet tall but his talents have no limits, He is not only a hero but also a singer (He sang in a lot of movies in the early stage of his career),dancer, producer, studio owner, philantropist, philosopher  and a very active member not only in the film industry but also in the society. One of his earliest movies in which he sang for himself was Mugguru maratheelu in 1946. Akkineni Nageswara Rao is the living face of golden era of Telugu cinema. He endeared himself with four generations of people of Andhra Pradesh and is the face of Indian cinema too for outside world. His is a household name in true sense. Thanks to the boom of television channel industry, younger generation of audiences is exposed to these healthy and entertaining movies of Akkineni. Some in India and abroad possess as treasure, videos or CDs of his great films, like 'Devadas', 'Ardhangi', 'Laila Majnu', 'Maya Bazar', 'Vipranarayana' and many many more. Youth used to see ANR in themselves and imitated his style, hairdo and even posturing. He is liberally graced with all the awards an actor can get. He is the recipient of Dada Saheb Phalke Award, the greatest honor for an actor in this country. He is also the recipient of Raghupati Venkayya Award, the best award for any actor at state level. He also grabbed the Kalidasu award granted by MP Government at national level. Not to mention the NTR National award given by our state government. He is recently been appointed as an adviser to the State Film Development Corporation. Though, it was an official position for ANR, he was voluntarily helping the film industry in various ways since ages.

He was the first Telugu hero to migrate from Madras (now known as Chennai) to Hyderabad to develop film industry in AP. He laid the foundation stone for Hyderabad Telugu cinema by announcing that all his producers have to produce their films in AP, if ANR has to act in them. He gave a five-point plan to state government about how to improve the Telugu Cinema industry in AP in 1963.

Since there were no studios in AP at that time, ANR has put in his hard-earn money to build the glorious Annapurna studios. After seeing the deterioration in the number of films getting produced in AP, he incorporated an award for the best film to encourage the filmmakers. State Government is presenting Akkineni Nageswara Rao award every year. ANR never cared for commercial success when it comes to producing films on his own banner, Annapurna Pictures. He did two noble films, Sudi Gundalu and Maro Prapancham. These two films flopped as Andhra people couldn't appreciate them. Even though these movies were not successful they are great movies. 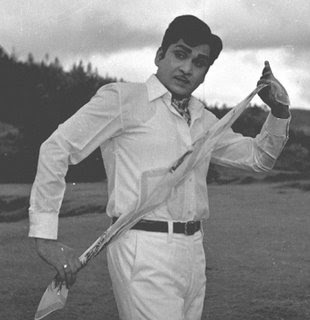 ANR braved many challenges. He is a critic's critic and is gifted with analytical mind. "One has to first understand and assess his own strong and weak points before accepting a role. I love a journalist who mirrors the true faults in performances of artistes. I keep a man away who always praises me," he says.

He is well known for his simple life, dedication and dicipline.  He is not only a film hero but also a real life hero. He is a true role model to not only  Tollywood stars but also the Bollywood stars. Even at the age of 80 +  he is still active and energetic that's why he is called "ever green hero".