C Krishnaveni is a woman of many talents - an actress, singer and producer. She made her screen debut at the age of 10 in 'Sati Anasuya' (1935) and later acted in films like Kacha Devayani (1938), Gollabhama (1947), Madalasa (1948) and Manadesam (1949). She was married to Mirjapuram Raja in 1941. She has the credit of introducing actors like NTR, Anjali Devi and Vijaykumar and technicians like Ghantasala and Ramesh Naidu. In recognition of her contribution to the film industry, C Krishnaveni has been named for the prestigious Raghupati Venkaiah Memorial Award for the year 2004.

She hails from Rajamundry in Andhra Pradesh state, India. She was a drama artist before entering into movies. Her debut was as a child artist in Sati Anasuya-Dhruva in 1936. She later acted in 15 Telugu films and also in a few Tamil and Kannada films as the heroine.

She married Raja (Zamindar) of Mirzapuram (Meka Rangaiah Apparao), a Telugu movie producer and later produced many films herself. She presented Telugu traditional values and ethnic songs in her movies. She produced Mana Desam, a milestone film in Telugu film industry in 1949. She introduced popular telugu actors N. T. Rama Rao, S. V. Ranga Rao with that film. She also introduced famous playback singer Ghantasala as a music director with that film. Since then she had introduced many singers, actors and music directors. Another famous music director Ramesh Naidu was also introduced by her with film Damptayam in 1957.

She won the prestigious Raghupathi Venkaiah Award in 2004 for her life time service to Telugu film industry. 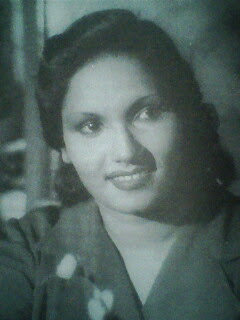 Her husband's company - Jaya pictures and later she renamed it as Sobhanachala banners.

Her own company - MRA productions on their daughter's name Meka Rajya Laksmi Anuradha.